Guarding the Natural Wealth of the Yucatán

Casa D’Aristi is a small producer located in the Yucatán peninsula in the beautiful town of Merida, Mexico.

Don Carlos Aristi, the founder, had a heart for adventure. He set off at the age of 19 to travel the Yucatan peninsula in search of Mayan culture and history. He discovered “Blaché”, an ancestral drink of the Maya.

In 1935, Don Carlos returned home to create his own version of the unique anise and honey laced brilliant liqueur, Xtabentún.

The Aristi family is committed to producing high quality selections reflecting authentic flavors of the Yucatan. They take pride in sustainable production practices, maintaining close  relationships with the farming communities with a focus on keeping their products free of additives and flavorings.

A Mayan legend of two women, Xtabay and Utz-Colel, both with a very different heart and spirit. Xtabay was a wilder, free spirit, full of sass and audacity. Utz-Colel was cold hearted, cruel and selfish.

On the grave of Xtabay after her death, a beautiful, new sweet smelling wildflower grew which the Maya named “Xtabentún” in honor of Xtabay; nothing grew on the grave of Utz-Colel. Xtabentún is a lovely, delicate white flower.

The Maya began to produce a ceremonial beverage from the flower’s seeds and sweet nectar called Blaché.

A Tribute to the Xtabay

In the Mayan language, xtabentún means “vines growing on stone.” This is a reference to the Xtabentún perennial climbing vine with white flowers.

The seeds of the vine contain ergine which is said to have hallucinogenic properties. It is believed Blaché is the original version of the Xtabentún liqueur made from corn and the plant’s seeds.

The Spaniard conquistadors were not too fond of Blaché, thus the Mayans introduced the non-hallucinogenic version known today as Xtabentún, containing honey and wild green anise.

Kalani is 100% natural coconut rum liqueur made from fresh coconut milk, extracted from a special hybrid of coconut brought over to the Yucatán by the son of Don Carlos Aristi, Rafael Aristi, nicknamed “Malayan Dwarf Coconuts.”

The Aristi family grows their coconuts on their plantation in Oxtapacab, Yucatan.

Huana is the only guanabana (pronounced GWA-NAH-BAH-NAH) fruit liqueur in theworld and is our most versatile liqueur in the Casa D’Aristi portfolio. Guanabana, also known as soursop, is a large, spiny tropical fruit that grows in a dense jungle landscape.

Upon the introduction of Huana, the Aristi family has supported local farmers with their own fair-trade standards and prices, and this healthy ecosystem is carried on today. 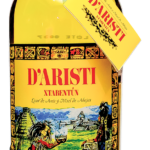 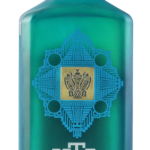 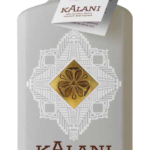 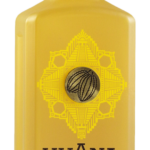 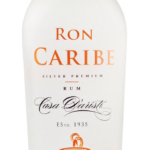 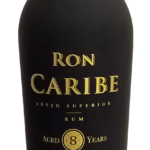