Triumph of the Desert

Sotol Coyote is a social project that involves the true essence of the wild, pure and natural.

Initially Clan Coyote set-out to rescue a Mexican product; a direct reflection of the soil. Nowadays they are also in the pursuit of cultural and artistic promotion in our country, as well as the respect and admiration of their origins.

Clan Coyote’s handcrafted Sotol Coyote is equal parts art and science. Relying on centuries of experience, it is one of the few drinks in Mexico that retains its ancestral method of preparation. It is a meticulous and time-consuming process.

Every bottle of Sotol Coyote contains the distilled nectar of one 15 year-old plant that provides a rich bouquet with unmatched flavor.

Triumph of the Desert

There are wild, untamed forces at work in the deserts of northern Mexico that have shaped all they touch… the lives of men, animals and plants. Over centuries, these forces have produced nearly supernatural strength… fierce cunning… and authentic, natural flavors. This is the birthplace and the spirit of Sotol Coyote.

The small tribe of indigenous people that inhabit these deserts, the Tarahumara or “Raramuri,” are renowned for their exceptional long-distance running ability and superior health, not displaying the common health problems of “modern” societies! They successfully evaded Spanish conquerors in the 16th century and kept their cave-dwelling culture alive and secluded.

The coyotes that roam those deserts possess intelligence that allowed them to ally themselves with the cold nights and suffocating heat that overcame even the most fearless. Running at up to 40 miles an hour (64 kilometers), they triumphantly made this hostile environment their home.

Alongside them the Sotol, a shrub of the Asparagaceae family, also triumphed over the adversities of the desert. In this unforgiving climate, only the strongest and healthiest plants survive, storing vast amounts of natural energy before they are ready to be harvested.

Sotol is a Mexican ancestral distillate, with an identity of its own. A relative of both tequila and mezcal, the main difference is the botanical family to which each one belongs to. Unlike those products, Sotol is not distilled from agave, but from the Sotol bush of the family Asparagaceae that grows wild in the desert.

The wild grown, prickly evergreen plants can take as long as 15 years to mature, storing vast amounts of natural energy before they are ready to be harvested by the ‘jimadores’. One large, magnificent plant will produce but a single bottle of Sotol Coyote. The main Sotol growing regions of Mexico are found in the dry desert lands of Chihuahua, Durango, and Coahuila.

A Bit of History

The city of Paquimé is one of the first places where there is a record of Sotol production. This ancient, pre-Hispanic settlement is located in what today is known today as Casas Grandes, in the heart of Chihuahua.

Within the ruins of Paquimé, underground furnaces have been unearthed that date back to the year 700 AD. In these furnaces, the hearts of each Sotol plant is roasted, then hand ground and the nectar combined with water to begin fermentation.

Sotol was highly prized and consumed during special festivals, a tradition that continues to this day.

Maturation: The average time it takes a sotol plant to mature is 12 – 15 years

The Plant: There is a female and male plant; they differ by a darker color of the quiote for the female

Vinata: The place where the sotol is produced

The Seed: The sotol plant is reproduced by seed dispersed throughout the desert with the wind

Productions: For every 10kg (22lbs) of cooked sotol hears, just 1L of the spirit is obtained 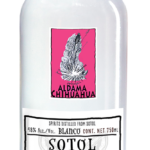 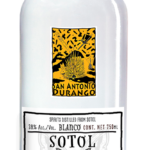