Spirits with a Dutch Heritage

By the Dutch began in 2015 to tell a story to the world. A story of tradition and craftsmanship.

Knowledge around products of Dutch distilleries has been transferred from father to children. Love for the product, timing, sense of ingredients and flavor, and an excellent nose are qualities that have been passed through generations for centuries.

For this reason, the Netherlands historically play’s a leading role in the world of fine spirits. The Dutch were the first to master the art of distillation from agriculture products. They were also the first liqueur products in the world to spread their technology internationally.

By the Dutch Old Genever

A History of Genever

Historical references of Genever date back to the 13th century.

Genever was originally produced by simply distilling malt wine to 50% ABV. The resulting spirit was not very palatable due to the lack of refined distilling techniques, so herbs and spices were added to mask the flavor. This included jeneverbes, “juniper berries.”

A tale as old as time references the invention of Genever by a doctor in the 16th century for medicinal use.

The myth is debunked by the birth date of the doctor residing in the 17th century. Nevertheless, the tale resides as the known reference point for the birth of Genever.

Genever is a clear, botanically rich, malted grain-based spirit. It is a blend of two or more distillates:

In 2008, the Dutch Government and EU created an official AOC (Appellation d’origine contrôlée) for Genever which defines exactly where Genever can be produced.

What did the AOC designation laws do?

The terms young and old do not refer to any age of the spirit, but rather the new or old style of making genever.

Grainbill according to historical recipes:

It is here, in the Genever capital of the world, that Herman Jansen distills his first Genever. In 2.5 centuries of continuous activity, Herman Jansen has wisely preserved 7 generations of knowledge and passion.

Today, they craft ‘By the Dutch’ Old Genever and Dry Gin respecting that same tradition. 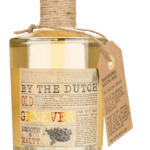 By the Dutch Old Genever 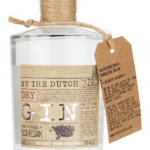 By the Dutch Dry Gin 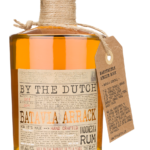 By the Dutch Batavia Arrack